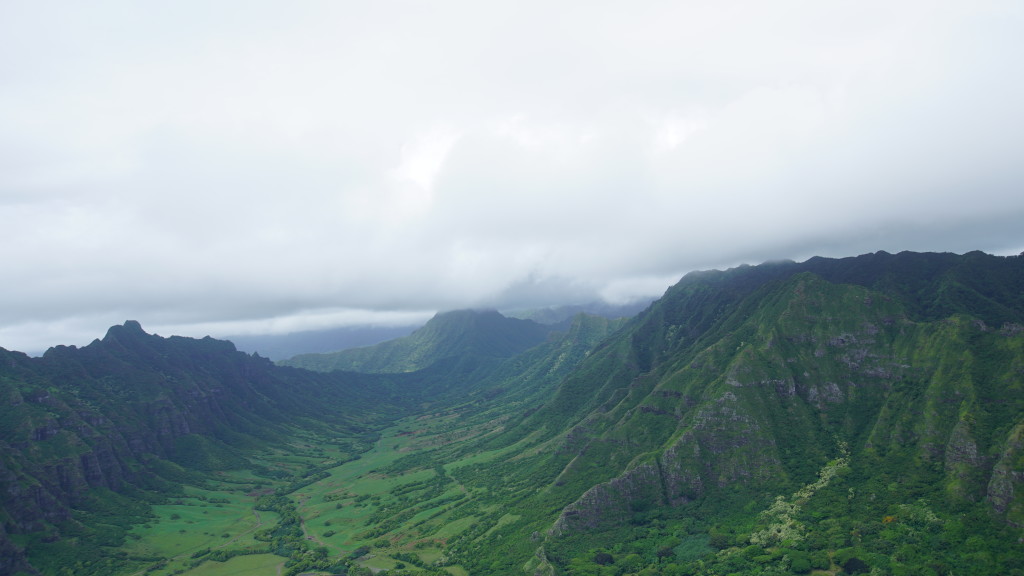 Kaaawa Valley, near Kaneohe Bay on the island of Oahu, on an overcast day. Credit: NASA/James Round

Most offices in Honolulu were closed Friday, June 10, for King Kamehameha Day, but the National Weather Service (NWS) office was open. CORAL project scientist Michelle Gierach and project manager Bill Mateer from NASA’s Jet Propulsion Laboratory dropped in to learn about Hawaii weather from the pros.

That’s not to say that Gierach and Mateer are amateurs. Gierach has bachelor’s and master’s degrees in meteorology, and as JPL’s airborne science program manager, Mateer has an advanced degree and a good working knowledge of weather maps and forecasts. But Hawaii’s tropical climate and mountain terrain offer special weather challenges. “We’re just coming into the region, and they have the expert knowledge,” Gierach said. 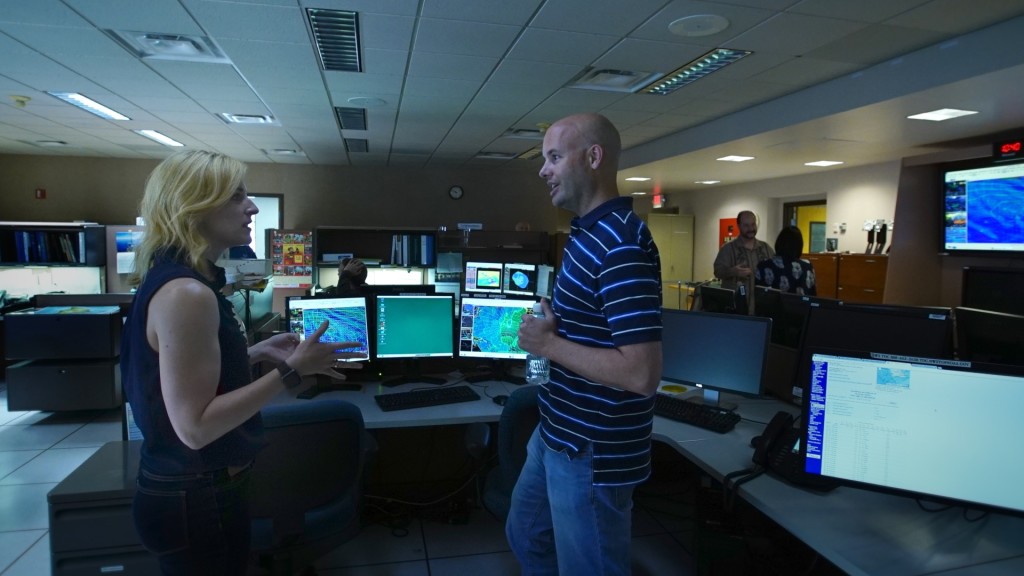 Weatherwise, the biggest concern for CORAL’s airborne instrument is clouds. On a sunny day, the Portable Remote Imaging SpectroMeter (PRISM) can see the light reflecting off the bottom of the ocean to discriminate benthic cover — the ratio of coral, sand and algae. But the light from the seafloor is only about 1 percent of the total reflected light that reaches the instrument from the atmosphere and ocean below. If cloudy skies obscure or even dim that signal, PRISM can’t produce good measurements of coral reefs.

At the Honolulu NWS office, Science and Operations Officer Robert Ballard briefed the JPL scientists on what cloud cover they’re likely to see both this week and when the campaign returns in February 2017 to survey reefs in the entire island chain.

“Climatologically, you’re fighting a battle here,” Ballard said. “But you only need clear skies for an hour or two, and there are weather patterns where you get that.” The most common such pattern is light winds with a ridge of atmospheric high pressure over or near the islands. Offshore winds at night blow clouds away from the island so that mornings are generally cloudless. This pattern is more common during winter because the trade winds don’t blow as persistently as they do the rest of the year, so even though winter is rainier, it also has more clear skies. 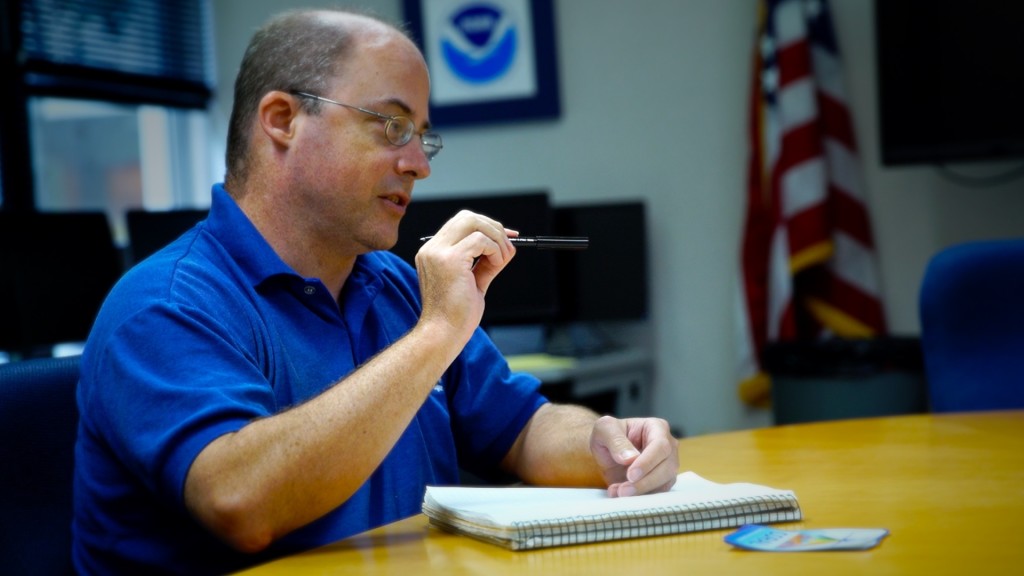 This weather pattern, Ballard noted, can usually be spotted a few days before it reaches the islands. “Forecasting in the tropics can be tricky, but this is a large-scale pattern, which lowers the level of difficulty for us.” Small-scale events like showers are still hard to predict because even the state-of-the-art weather forecasting models that NWS uses “don’t see the island super well. Knowing the climatology is huge.”

So prospects for February are good, but the prospects for the coming weeks are not as promising, Ballard said. “The trade winds are going on for at least the next 10 days. If you get [a long period of] clear skies in the trades, I want a picture of it.”

Fortunately, science flights during the Hawaii operational readiness test will not be as demanding in terms of results as the flights during the actual field campaign, Mateer said. From his perspective as project manager, “Success for the operations readiness test is to make sure we can execute all the steps of a mission day — the airplane’s ready to go, we can communicate with the optics team in the boat, we can get the data off the plane and onto the server, and we can confirm that the quality of the data meets the requirements. It’s important to get the whole data collection machine, both remote and in situ instruments, working as one unit. Then we’ll have confidence we’re ready for full science operations when we get to Australia.”